TEST ON MEMORY/EMOTIONS/MOTIVATION/STRESS next Thursday.  FRQ (you will use your notes)

What motivates you?
To Psychologists, a motivation is a need or desire that serves to energize
behaviour and direct it toward a goal. In this chapter, we are going to
examine four main motives:
• hunger
• sex
• belonging
• achievement
In the past, psychologists saw motivation in one of three different
perspectives:
1. Instinct Theory (today known as evolutionary perspective)
2. Drive-Reduction Theory (now push-pull factors)
3. Arousal Theory (stimulation)
TERMS TO KNOW:
instinct
motivation
drive reduction theory
homeostasis
incentive
hierarchy of needs

Psychologist Abraham Maslow described our needs and
priorities in a hierarchy or needs.

Coat of Arms with Paragraph due by the end of this week!! Please post paragraph on your blog

I will review terms and big ideas.  It will be out of 16 marks.

We will continue learning more about the Black Death on Wednesday and Thursday.  Be prepared to answer the following question.

Can Disease Change the World?  Use what you have learned about the Black Death to help with this question.

We will continue our documentary on Thursday!

Hand in at the end of class

REMINDER:  20 MC with an FRQ will take place on Thursday, February 8th!  This will complete our units on Memory/Emotions/Motivation/Stress.  OPEN BOOK FOR FRQ ONLY (you only have 25 minutes to write)

We will finish Inside Out on Wednesday.  Please make sure you have completed the questions for Friday’s class. Tutorial time on Wednesday so that gives us enough time to finish the movie and a few of the questions.  You can post the questions on the blog by Friday!

Please make sure you have read this chapter as we will be moving on to our MOTIVATION unit Friday.

FRQ for this week – Remember you have 25 minutes to respond

You may pick one from the AP College Board or use the following:

Selene was feeling a little sad and didn’t feel like volunteering at the homeless shelter as she had promised. But then she remembered that, earlier in the day, her friend Chris got his foot stuck in a wastebasket, took one step, and fell over. When she thought about this episode, she smiled and felt a little better. She started to feel a bit happier, so she went to the shelter to help out.

Explain how a psychologist might use the following concepts to explain how Selene remembered this episode and the relationship between this memory, Selene’s behavior, and her emotions.

This week we will be learning more about The Black Death! All classes will participate in the History Mystery Black Death Lab!   Black Death videos and information below!  Think critically about the following question (perhaps a post??) Think about the questions below.

Can disease change the world?

This Activity is from the following educator (Mr. Roughton)

(Mr. Roughton_History Mystery Labs)While no longer a mystery today (or is it?!) the reasons for the spread of the Black Death in Medieval Europe were unknown at the time (and for hundreds of years later.) Most at the time believed it was God’s punishment for various sins or for failing to retake the Holy Land.

Examine the effects of pet exterminations and Medieval protective clothing . Review nursery rhymes and maps to get a sense of the dread of the pestilence and try to determine what made it so violent. Put yourself in the shoes of an biohazard investigator and figure out how we might prevent this disease from ever rising again.

For over 100 years scientists have believed that the Medieval Black Death was the same disease as the modern Bubonic Plague. We’re told it was spread by fleas on rats and is now easily controlled with anti-biotics. Today though there are those who doubt the two diseases are the same and how ready we are to deal with this ancient disease if it surfaces again.

Your task is to fill in your Investigation Journal as you explore the exhibits.

This week we will begin our Emotions Unit.  I will be combining Memory, Emotions and Motivation Units.

Please review ALL crash course videos on Learning.  They are really good.  Review the following!

Period 6:  Please make sure you have completed your Castle Blog Post.  We started our review on Knights vs Samurai.  We are working on a coat of arms draft.  We will continue working on this next class.

Period 1:  We finished our BMSS castles today!  That was fun.  I started a review on Knights.  ONLY complete the 5 vocabulary words.  We will work on the rest of this sheet next class.  If you would like to post your BMSS Castle on your blog that would be a nice Bonus.  Keep in mind how difficult it was to construct such a fortified structure!!  Make sure you insert your snapshot BMSS castle.. you never know when you need to refer back to it 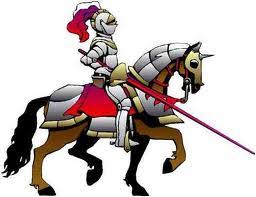 Why do we forget?

Please review today’s handout.  We will be combining this unit with Emotion Unit.

Video Clips Below for this in class assignment Memory Videos